If you suffer from Irritable Bowel Syndrome (also known as IBS), you’re not alone, as an estimated 5 million Canadians suffer from it, while an estimate 120,000 Canadians are diagnosed with IBS each year, therefore making it one of the more common disorders of the digestive system. In fact, Canada is said to have one of the highest diagnosis rates of IBS in the world. 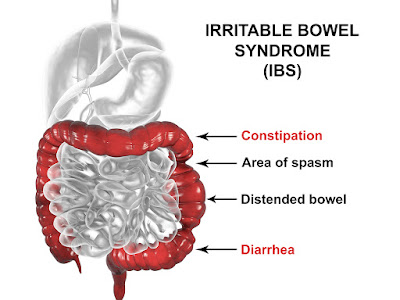 Most individuals diagnosed with IBS are under the age of 50, though it can affect older adults as well. IBS affects everyone different. It can be a mild inconvenience for some, while for others it can be severely debilitating and have a negative impact on many aspects of their life – from emotional wellbeing, to the ability to socialize, as well as one’s professional life (i.e. work or school.) This is because symptoms of IBS can be unpredictable. One can develop diarrhea, while another may have constipation. These two symptoms may also often alternate. One of the most common symptoms that may be indicative of IBS is abdominal pain…particularly if that pain is relieved after a bowel movement. Symptoms of IBS are generally easily recognizable, so it is not a difficult condition to diagnose. In addition to the symptoms of IBS, it’s also not uncommon for individuals with IBS to also suffer from other chronic health conditions such as fibromyalgia, headaches, dyspepsia, chest pain, urinary or other gynecological symptoms, insomnia, anxiety and depression.

What causes IBS is unknown, though it’s suspected that it is a result of a disturbance in which the way the gut, brain, and nervous system interact with one another.

Along with paying attention to the symptoms in which the patient is experiencing, Dr. Ali Ghahary may also refer them for other diagnostic testing. These may include a blood test, stool test, colonoscopy, barium enema, and other miscellaneous tests – many of which are done to rule out any other gastrointestinal related problems other than IBS.

Once a patient has received a firm diagnosis of Irritable Bowel Syndrome, it’s all about managing the symptoms. Because IBS is a chronic condition, it’s not something that can do away. There are, however, things you can to do relieve the discomfort and improve your quality of life. As abdominal pain is a common symptom associated with IBS, taking an antispasmodic or probiotic prior to meals may provide short-term relief of pain, especially after eating meals. If you suffer from constipation, taking a soluble fibre supplement may help – though in some cases you may also need to take a laxative. Alternatively, if you suffer from diarrhea, a medication known as loperamide will be beneficial. It’s also a good idea to talk with your physician about changing your diet, as this can also help with gas and bloating, both of which are also common in patients with IBS.