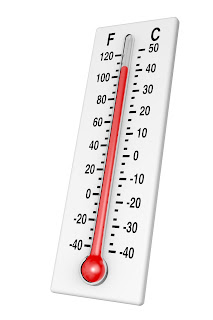 With temperatures expected to hit record-breaking highs across much of British Columbia’s south coast this week, Environment Canada has issued a special weather statement. Daytime temperatures will exceed 30°C, which means there is an increased risk of developing heat-related illness as a result of the extreme heat. An air quality advisory was also issued, going into effect August 1st, as a result of high concentrations of fine particular matter (such as ash and smoke) in the air due to the number of wildfires that are burning across the Province.

Prolonged exposure to the sun can cause a wide variety of heat-related illnesses, including heat exhaustion and heat stroke.

Heat exhaustion occurs as a result of exercising or doing any kind of strenuous activity (i.e. heavy lifting) while in a hot environment. This can lead to dehydration as a result of water that is lost due to sweating. You may also experience dizziness, weakness, nausea or vomiting, and headaches. If you suspect that you may have heat exhaustion, Dr. Ali Ghahary, a family doctor from Vancouver, recommends getting out of the heat immediately and moving into shaded areas or a building that is air-conditioned, rest, and make sure you drink plenty of water! 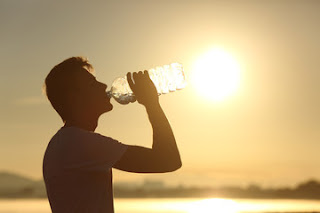 Heat stroke, which is the most severe heat-related illness that one can develop, occurs as a result of being in extreme heat/sun for prolonged amounts of time. When you stay in the heat for a lengthy period, the body’s heat-regulating system becomes overwhelmed and unable to cool itself down. Symptoms of heat stroke can be similar to those of heat exhaustion, including severe headache, nausea and vomiting, muscle cramps, feeling lightheaded, rapid heartbeat, breathing that becomes shallow, changes in behaviour such as disorientation, seizures, and you can even become unconscious. If you are with someone you think may be suffering from heat stroke, it is important to call 911 immediately, as this can be a life-threatening condition. 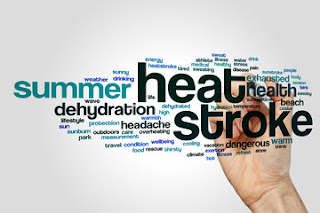 While the heat can affect anyone, individuals such as infants and elderly patients are more at risk, as well as those who have pre-existing health problems such as lung disease, heart disease, or diabetes. As such, Dr. Ali Ghahary recommends avoiding the outdoors and/or strenuous activity until these weather advisories are lifted. If you still insist on going outdoors, it is important to take steps to avoid heat-related illness by keeping hydrated (drink plenty of water!) and keeping your eyes and skin protected by wearing hats, sunglasses and sunscreen.