The ears are responsible for allowing us to hear sounds (the cochlea), in addition to helping with balance (the vestibular system). If the cochlea or the vestibular system becomes damaged, however, this can lead to a number of different problems with your hearing, balance and more – including vertigo, dizziness, imbalance and/or trouble maintaining posture, clumsiness, vision problems such as sensitivity to light, short-term memory loss, and even hearing loss. 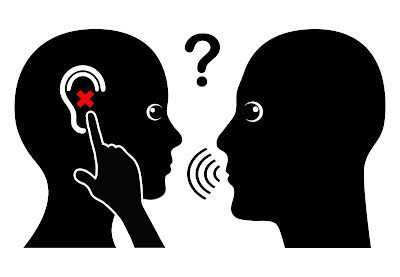 Hearing impairment affects up to 10% of all Canadians.

Auditory Processing Disorders occur when the brain loses its ability to be able to properly process sound, such as knowing where noises are coming from and understanding speech. This is a condition that affects adults, though it is also discovered in at least 5% of school-aged children. The direct cause of APD is not known, though studies have suggested it could be linked to chronic infections of the ear, which are also not uncommon in school-aged children, as well as head trauma.

Conductive Hearing Loss is a condition which blocks sound from travelling to the middle ear. It is usually caused by the build-up of earwax, ear infections, or even a punctured eardrum. To remove earwax from the ears, Vancouver physician Dr. Ali Ghahary may irrigate a patient’s ear with a warm water solution. However, in some cases, a patient may actually require further, more invasive treatment in order to correct CHL, including surgery or a hearing device.

Sensorineural Hearing Loss occurs when the cochlea or auditory nerves become damaged, leading them to malfunction. Genetic factors play a role in SHL, and in some causes it is simply a natural part of the aging process. Sensorineural Hearing Loss can also be caused as a result of exposure to loud noise, trauma to the head/ear, and even certain medications. Cochlear implants or hearing aids are commonly used to help individuals affected by SHL.

When total ear loss occurs, this is also known as deafness. Deafness is caused by a number of factors; it can be genetic, hereditary, can be caused by noise, or can even be the result of certain types of diseases such as meningitis, mumps or chickenpox. When an individual is deaf, they have little or no ability to hear sounds and also have difficulty communicating with others via speech. In order to communicate with others, individuals who are deaf will often learn how to lip-read or use sign language. Examples of sign language can be seen on the chart below. 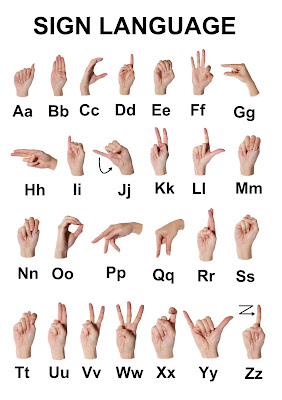 In order to diagnose this or any of the aforementioned hearing problems, Dr. Ali Ghahary will often refer patients to an Audiologist. A referral to an Ear, Nose and Throat (ENT) specialist may also be necessary.
Posted by Unknown at 10:19 AM