Understanding the Complexity of Chronic Pain

Part of Dr. Ali Ghahary’s important role as a physician means having the ability to accurately diagnose and treat patients who suffer from chronic (and often complex) medical conditions, including chronic pain. Chronic pain is characterized as pain that is persistent and lasts 6 months or longer.

Currently, there are an estimated 2 million Canadians living with chronic pain, which comes in many different forms such as nociceptive pain, somatic pain, visceral pain, neuropathic pain, psychogenic pain, and idiopathic pain. 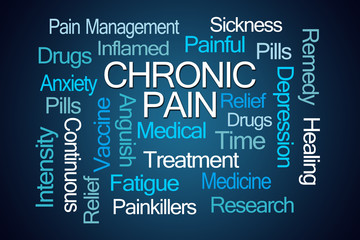 Nociceptive Pain
This type of pain is usually detected in the soft tissues of the body, such as the skin and/or muscles. It occurs as a result of the specialized sensory nerves, known as the nociceptors, detecting stimuli that is then sent to the brain and spinal cord, and is ultimately interpreted as pain. Examples of nociceptive pain include broken bones and wounds.

Visceral Pain
This type of pain is internal and can be more difficult to pinpoint. It comes from the body’s organs and/or blood vessels, and is often described as a sensation of aching, throbbing or squeezing. Common types of visceral pain include bladder pain (also known as cystitis), endometriosis pain, prostate pain, and irritable bowel syndrome (IBS). Individuals who suffer from visceral pain may experience other symptoms such as gastrointestinal disturbances, nausea, sweating and/or changes in body temperature, and a pale appearance. It is usually treated with NSIADs or other pain medication, and research is currently underway in effort to find other effective treatments.

Somatic Pain
Unlike visceral pain, somatic pain is much easier to locate as it typically affects the musculoskeletal system. Arthritis, back/joint pain, fibromyalgia and tension headaches are all examples of somatic pain, and it usually responds well to over-the-counter medications such as ibuprofen and other NSAIDs. 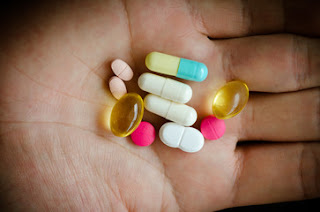 Neuropathic Pain
Similar to nociceptive pain, neuropathic pain is also caused by the nerves. However, it is different in the sense that with neuropathic pain, the nerves do not function normally, and it can also be difficult to treat. Neuropathic pain occurs as a result of nerve disturbances or when the nerves spontaneously transmit pain signals to the brain, and is described by patients as a sharp, stabbing or shooting pain. Examples of neuropathic pain include trigeminal neuralgia, peripheral neuropathy and sciatica. 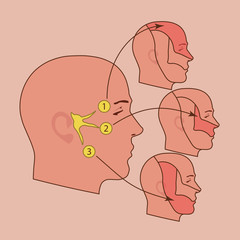 Psychogenic Pain
Psychogenic pain is a very real condition and can be caused by psychological disorders such as depression, anxiety or stress. Physical complications that can occur as a result of these psychological disorders include body aches and fatigue. That being said, due to it not having a specific origin, it can also be difficult to treat. Physicians like Dr. Ali Ghahary will often take a multifactorial approach when treating psychogenic-related pain. This includes non-pharmaceutical treatments, such as CBT (Cognitive Behavioural Therapy), combined with psychological medications such as antidepressants, which have been proven to work better than some of the traditional painkillers.

Idiopathic Pain
Idiopathic pain is pain of an unknown origin – meaning it occurs even when there is no specific physical (or psychological) cause. It is most common in individuals with pre-existing pain conditions.

As part of chronic pain management, Dr. Ali Ghahary suggests patients try to keep physically fit and stay active as much as possible, as exercise has been known to greatly benefit individuals living with pain. In addition, Pain BC, which is located in Vancouver, works alongside healthcare professionals like Dr. Ghahary, and patients, to help prevent and relieve pain, and include the quality of life of those who suffer from it. This is done through educational tools, empowerment, innovation and awareness.

It is important for individuals living with chronic pain to have hope and know that it does not have to get in the way of living a full, healthy life.
Posted by Unknown at 12:16 PM