Sports that Could Land You in the Hospital

According to a recent news report from Global News, there are certain sports that are landing Canadians in the hospital much more than others. These sports including cycling, skiing and snowboarding, animal riding (such as horseback), playground activities, the use of all-terrain vehicles, skateboarding, and more. Just so you have a better idea as to how these sports are having a negative impact on Canadians, here are a few statistics from last year:

Common injuries from these particular sporting activities include everything from bruises, cuts and scrapes, and open wounds – to more severe injuries such as sprains, fractures, broken bones, concussions, and other head injuries, which can sometimes have a life-long impact, and in some cases can even lead to death.

Unfortunately, one of the biggest reasons why these injuries occur is due to the fact that individuals aren’t taking the necessary precautions to prevent them from happening in the first place. For example: Wearing protective gear. While the type of gear required fully depends on, helmets are the most common type of protective gear that individuals should be wearing – whether it’s when you’re cycling, horseback riding, on an ATV, or playing other sports like hockey, baseball, or football. It’s also good to make sure the helmet you’re wearing fits you properly. If it’s too big, then chances are it will fall off. A helmet should fit snugly but still feel comfortable. To prevent things like bone fractures and breaks, you should also be wearing padded gear – such as wrist pads, elbow pads, and knee pads. Mouthguards are also commonly worn in contact sports (football, hockey, lacrosse) to prevent your teeth from being knocked out or damaged.

If you’re someone who hasn’t played sports or exercised in a while, you’ll want to loosen up your muscles beforehand. This is known as warming up. A warm-up can consist of a light jog, or by doing some stretching. If you already happen to be injured, then the aforementioned physical activities are ones you’ll want to avoid until you are healed. Engaging in physical activity while injured can actually make your injury worse and set you back several weeks or months, and will also make you susceptible to re-injury in the future.

To get your body back to where it needs to be, some things that may help speed up the healing process is by taking over-the-counter medications, such as NSAIDs. Inflammation commonly occurs as a result of injury, and NSAIDs (such as Advil) can actually help reduce that inflammation and relieve pain. In addition, applying ice to the injured area in 10-minute intervals can also help with pain and any swelling that may have developed as a result of your injury. Seeing a physiotherapist can also help in terms of mobility.

While injuries aren’t always 100% preventable, things like helmets and padded gear can significantly reduce the severity of the injury and even save your life.

As it turns out, eating an apple a day might actually keep the doctor away. Along with other fruits, apples are some of the best fruit that you can incorporate into your diet as they pack a big antioxidant punch (and are also rich in flavonoids and dietary fibre) and provide a wide range of health benefits. Antioxidants are good for you because they can reduce the risk of things like heart disease, cancer, and other conditions that can develop as a result of aging. In this article, Dr. Ali Ghahary breaks down just how apples can improve your quality of life. Throughout this article you will also find links to information on how consuming other fruits and vegetables can be of benefit to you. 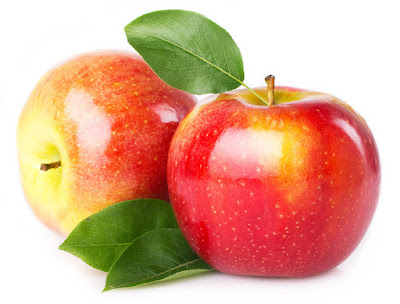 Obesity
The number one question that Dr. Ghahary is asked by patients is “How can I lose weight?” While exercise certainly plays a big role when it comes to weight loss as well as maintaining a healthy weight, diet is also crucial. What you put into your body matters. If you eat a lot of sweets, carbohydrates (such as pasta, bread and pastries), or fatty foods, you’re more likely to gain weight as opposed to lose it. Instead, you’ll want to make healthier choices. To start, you should increase your intake of vegetables and fruit, including apples. In 2014, a group of researchers from Washington State University analyzed how the compounds of 7 different varieties of apples (including Gala, Granny Smith, Golden Delicious, Red Delicious, Braeburn, Fuji and McIntosh) affected gut bacteria. Their findings, which were published in the Food Chemistry journal, suggested that apples may help prevent obesity as well as any of its associated disorders.

Dementia
Another study done in 2008 by scientists from Cornell University in New York, as well as scientists from Korea, suggested that apples may protect against neurodegenerative diseases such as Alzheimer’s and other types of dementia. Through an MTT reduction test, their research found that the phenolic phytochemicals found in apples prevented a significant number of cells from succumbing to oxidative stress as a result of neurotoxicity. You can learn more about the link between oxidative stress and Alzheimer’s disease by clicking here.

Diabetes
A study that involved almost 200,000 individuals found that those who consumed three servings of apples per week (as well as grapes, blueberries and pears) lowered their risk of developing type II diabetes by as much as 7%, as opposed to those who did not consume apples or the other aforementioned fruits.

For more detailed information on what makes apples so good for you, as well as more nutritional information, click here.

GERD: How Lifestyle Plays a Role

If you’ve ever suffered from heartburn, then you most likely have a condition known as GERD. GERD (also known as Gastroesophageal Reflux Disease), is a condition that occurs when acid refluxes back up into the esophagus. Almost a quarter of the Canadian population suffers from Gastroesophageal Reflux Disease and experiences heartburn on a daily basis. 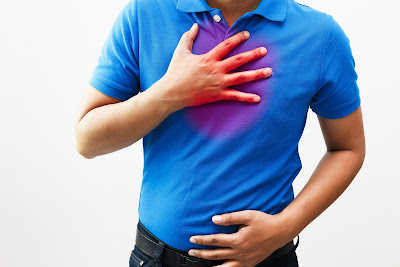 The number one cause of Gastroesophageal Reflux Disease is lifestyle; from the food you eat, the beverages you drink, to other lifestyle factors. Common foods that cause heartburn include citrus fruit, garlic, raw onions, chocolate, tomato sauce, mints, fatty foods, spicy foods; condiments such as vinegar, mustard, and ketchup; drinks such as coffee, tea, pop, and fruit juice. Many of these foods are known to relax the esophageal sphincter which then triggers the stomach to produce more acid. If you are a smoker, overweight, don’t get enough sleep, or find yourself is stressed and/or anxious on a regular basis, you are also at risk of developing GERD.

As mentioned heartburn is a classic symptom of Gastroesophageal Reflux Disease, as well as one of the most common symptoms associated with this disorder. Heartburn is usually described as a burning sensation near the breastbone and it often occurs after eating. If you bend or lie down the sensation can worsen. In addition, you may also experience regurgitation. Depending how long you have heartburn and how severe your symptoms are, this could cause Long term injury to the esophagus. Similar to heartburn, patients may also experience something known as dyspepsia. Dyspepsia is generally characterized as a burning sensation or discomfort in the upper abdomen, and it may also cause gastric pain, burping, bloating, nausea and vomiting. Chest pain can also occur as a result of Gastroesophageal Reflux Disorder, and is often mistaken for a heart attack given how intense the pain can be. Acid that travels all the way up to the esophagus can actually irritate the lining of the esophagus which may also cause the voice to become horse. Sometimes it will sound like you have a sore throat or are getting cold. Additionally, it is not uncommon to develop sore throat due to GERD, as well as sore or blocked ears. Another classic symptoms of GERD is that you can develop a bitter or sour taste in the month. This is due to stomach acid pricing to the back of the throat. Patients with an GERD may also develop a cough as well as wheezing. This occurs when stomach acid backsplashes into the lungs. If left untreated this could become a trigger for asthma. GERD that goes untreated for a prolonged period of time can result in swelling of the lower esophageal tissue, which may result in the esophagus to become narrow, and could result in difficulty breathing.

Because lifestyle play such a significant role in the diagnosis and symptoms associated with Gastroesophageal Reflux Disease it is important that you make certain changes to reduce the symptoms of GERD as well as to prevent you from developing GERD in the future.

Dr. Ali Ghahary has already told you which foods can contribute to Gastroesophageal Reflux Disease. Now, you are going to learn about which foods are best for reducing heartburn or avoiding heartburn altogether. For breakfast, oatmeal is one of the best things you can eat. Not only is it healthy, but it also helps to absorb acid. It’s also filling and does not leave you feeling hungry. Ginger is another great food to use if you have acid reflux. For decades it has been used as an anti-inflammatory, as well as to help many other gastrointestinal-related conditions. You can add ginger tea, smoothies, as well as many of your recipes. There’s also nothing healthier than the salad. Is eaten on its own, salad will not aggravate symptoms of Gastroesophageal Reflux Disease. However, as many salads come with tomatoes, onions, and dressings that are high in fat, you will want to avoid these, as these may actually worsen your symptoms. Fruits such as honeydew, cantaloupe, and watermelon are also said to be good for those suffering from Gastroesophageal Reflux Disease and reducing its symptoms. However, a small percentage of people say that these fruits actually contribute to their symptoms and therefore they must avoid them. Skinless protein, such as chicken and turkey, are also great for reducing symptoms of acid reflux, not to mention have many other health benefits. Chicken and turkey can be grilled, baked broiled, or sautéed. Similarly, fish and seafood are also great options.

Posted by Unknown at 3:16 PM No comments: