Endometriosis is a very common health condition that currently affects an est. 800,000 Canadian woman, and even more women on a worldwide scale. While it is most commonly found in females between the ages of 25 and 40, it does not discriminate, and symptoms of endometriosis can also be present in teenagers – it has even been reported in girls as young as 12 years of age. 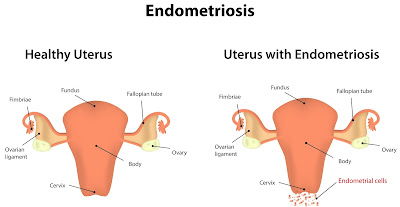 Endometriosis occurs when the endometrial tissue grows outside of the uterus and becomes trapped, resulting in persistent and oftentimes severe abdominal and/or pelvic pain, painful periods, as well as infertility. While there is no known cause of endometriosis, many health experts are in agreement that there are several factors that can play a role in the development of endometriosis, such as genetic and hormonal reasons. Women are also at a higher risk of developing endometriosis if it runs in their families – for example, a blood relative, such as a sister or mother.

There are many health conditions that can mimic the symptoms of endometriosis, such as ovarian cysts, STI’s, pelvic inflammatory disease, or urinary and bowel problems. In order to accurately diagnose endometriosis, it is important for Dr. Ali Ghahary to rule out these or any other conditions with symptoms similar to that of endometriosis. 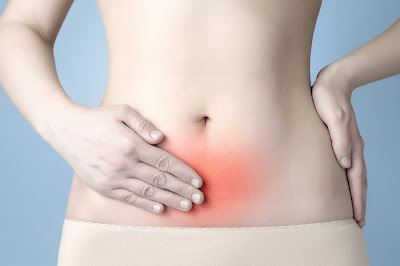 In order to confirm endometriosis, a surgical procedure known as a laparoscopy is often performed by a medical specialist (such as a gynecologist or OB/GYN.) To perform a laparoscopy, the patient is put to sleep under general anesthesia. A tiny incision (or incisions) is then made, and a small, telescope-like tube, known as a laparoscope, is then inserted into the skin. If endometriosis is present, the surgeon will be able to see patches of endometrial tissue.

Upon confirmation of endometriosis, your family physician and/or specialist will determine the best course of treatment for you, and will often base the treatment on the symptoms that the patient is experiencing. In mild cases of endometriosis, it’s highly recommended that patients try over-the-counter anti-inflammatory medications such as ibuprofen or acetaminophen before moving on to stronger pain relief medications. If you aren’t planning to get pregnant, oral contraceptives can also be helpful in reducing pain. However, if symptoms are severe or if fertility is an issue for you, then the patient may opt for alternative treatment methods – including the use of fertility drugs, and sometimes even surgery.

More information on endometriosis, including support groups as well as details on upcoming events to help raise awareness about this condition, can be found via the Endometriosis Network of Canada.